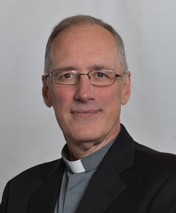 Further to the ruling of the Supreme Court of Canada this past February 6, the Catholic Bishops of Canada welcomed the announcement you made in media interviews last month when you said that the federal government will soon reveal details of its public consultations regarding new legislation on assisted suicide. More recently, my brother Bishops and I also noted media reports a few weeks ago which quoted you as saying that the consultation, “while not formally announced, has begun.”

Our Church and our Conference are deeply concerned about the implications of the Court’s ruling. The classic words of the Hippocratic Oath bind medical practitioners to keep patients “from harm and injustice”, and not to “give a deadly drug to anybody who asked for it” nor to “make a suggestion to this effect”. The Court’s ruling not only erodes society’s appreciation for human life, but also the trust and confidence all people, particularly those most vulnerable, should have in medical personnel and health-care institutions to protect their lives. Moreover, as the Court itself has noted, Parliament, as well as provincial legislatures and colleges of physicians, now need to follow up on preventing this ruling from impacting the Charter rights of physicians, and on what is now an urgent need to protect all health-care workers and managers from being compelled to provide, or be involved in, physician-assisted suicide.

Catholics have an enduring commitment to and involvement in health care. Our country today benefits from the services of many Catholic health-care institutions, and a large proportion of what are today provincially operated hospitals originated through the work and dedication of Catholic religious communities, some of these institutions dating to the very beginnings of what is today Canada. Even outside Catholic facilities, a large number of dedicated men and women who belong to the Catholic Church are part of the health-care professions. Compassion and care for the sick, the dying and those socially and economically vulnerable is a principal work of mercy for our Church. Together with the leaders and members of many other faith communities, we too are deeply troubled by the Supreme Court ruling and concerned about the possible implications of any new legislation that will be developed in view of implementing that ruling.

Our Conference respectfully requests that it be among those to be consulted by the Government of Canada on this question, both in terms of ensuring that the law offers the greatest protection possible to the lives and health of all, and that it also ensures complete protection for the rights and freedom of conscience of health-care workers and managers. We would greatly appreciate having more information from you at your earliest convenience about when and how the public consultations will be underway, as well as on how we can best go about being part of the reflections and discussions on this question which are already being, or are about to be, conducted by the Department of Justice or other federal government ministries.

Thank you, Mr. MacKay, for your consideration to our request. My brother Bishops and I look forward to your response. We also assure you of our prayers as you help our nation in responding to the Court’s most troubling ruling.

Sincerely in Our Lord,